The Five Things You May Not Know About Davis Bacon That’ll Surprise Ya! 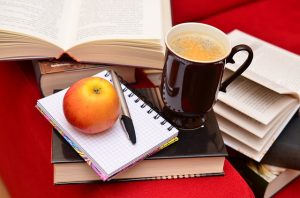 The Five Things You May Not Know About Davis Bacon That’ll Surprise Ya!

Chances are that if you’ve ever worked on a project funded by the federal government, you’ve had to work within the guidelines of the Davis-Bacon Act. The short and the long of it is that federal prevailing laws (the Davis Bacon Act) require contractors working on federal jobs to pay their workers a wage that is equal to those paid by other union and non-union shops in the area.

However, there is much more involved in it than just that. The detailed bidding and paperwork can be mind boggling in themselves. It takes real world experience to teach you all the ins and outs of Davis-Bacon work. However, some reading and research can do a lot to prepare you and below you’ll find five things you may not know about Davis-Bacon that could even save you money!

1) Prevailing Wage Laws are made up of a lot of related acts and statutes. Most federal projects are governed by the Davis-Bacon Act and there are a good amount of related statutes that govern how and what you pay your employees for those jobs. You need to be aware of these acts and their requirements so that you are in compliance. Familiarize yourself with Davis Bacon Act, Davis Bacon Related Acts, Contract Work Hours and Safety Standards Act, Copeland Act (Anti- Kick Back Act), Walsh Healey Public Conctracts Act, McNamara-O’Hara Service Contract Act.

If you have questions about compliance, it’s a good idea to ask an expert.

3) Surveys for wage determination are vital. Have you ever received a Form WD-10 from the Department of Labor? It’s this form (also known as the Davis-Bacon Wage Survey) that is critical in determining prevailing wages. It is actually THE main source of information used by the DOL when coming up with wage determinations.

Wage determination surveys are conducted for each state every three years. The regional offices of the DOL choose a certain number of contractors from F.W. Dodge reports and then send them the WD-10 forms for completion.

Three types of construction are surveyed and then the results are compiled separately. The types are BUILDING, HEAVY & HIGHWAY, and RESIDENTIAL. If enough information is received on each type, the average hourly and fringe benefit rate are determined. Usually, Davis-Bacon projects are NOT part of these averages as they would severely skew them.

However, if enough information is not returned for each type of construction, then certified payrolls from previous prevailing wage projects may be used.

Clearly, you can see the benefit of returning any WD-10 forms you receive even if you don’t plan on working federally funded projects. It’s important to collect as much data as possible so that rates are fair.

5) Payroll software is pretty much a MUST to insure compliance. Understanding Davis-Bacon wages is only half the battle. The other half is following them. The bottom line is even if you know your stuff thoroughly, it’s almost impossible to comply without the help of a good construction-specific payroll software. When choosing software, look for:

– The ability to set up various rate tables for distinct geographical areas and jobs.

– The option to pay fringes in cash or to accrue them to a third party plan.

– The ability to automatically lower fringe rates by the cost of current fringes.