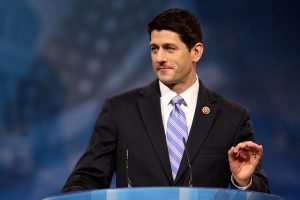 The new Labor Department proposal to raise investment advice standards for retirement accounts has caused quite the heated debate with shots being fired from both sides of D.C.’s Pennsylvania Avenue.

From the west end, the White House, President Obama is pushing hard for the rule since it was formulated last year.

From the other side, on the east end, House Speaker Paul Ryan is leading the opposition of this rule speaking out against it five times and allowing many of his staff members to blog about the opposition. One of the latest arguments from Mr. Ryan’s side includes a blog post on his website on March 7, “Obamacare for Financial Planning.” The post is authored by aide to Paul Ryan, Julia Slingsby. The piece stated that the new rule would only cause a costly amount of paperwork and would result in higher costs and fewer options for small businesses trying to get off the ground just like Obamacare has done.

One reason for the strong wave of opposition from Paul Ryan’s office is that the final rule is set to be released publicly at the end of this month or early April. Two bills to halt the rule were approved by House committees last month and are ready for a floor vote soon. There was also another measure to stop the regulation approved last year.

On March 3 in a press conference, Ryan stated “ When this rule comes down,we will be ready to do what we can to protect the savings of hardworking Americans.” His arguments against the rule go hand in hand with those coming from the financial industry. The industry believes the rule to be too complex and costly forcing brokers to abandon those with smaller saving accounts. On the other side of the argument the Obama administration claims it will protect retirees from conflicting advice leading to increased investment fees and eroding their savings.

The fact that Ryan is putting up a strong front is changing the way people are viewing this rule. Dan Barry a senior Washington D.C. analyst says, “ It signals the importance of the issue for the Republicans and for the industry. What we’re seeing here is positioning for the final battle over the fiduciary rule. It’s going to be no-holds-barred.”

Since Ryan has been in the roll of speaker starting in the fall of 2015, he has rallied Republican colleagues to develop a set of policies that will help to define the Republican Party heading into the 2016 elections and the DOL rule has become part of this discussion.

Doug Andres, a spokesman for Paul Ryan, stated “House Republicans are working on a bold agenda for 2017 and part of that agenda is reducing regulatory burdens. The administration’s fiduciary rule is a prime example of an intrusive federal regulation that needs to be rolled back.” 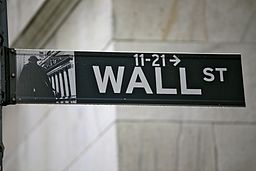 Ryan receives a large amount of campaign funding from Wall Street. $419,812 of the $4.6 million raised for his personal campaign has come from the securities and investment sector. $212,725 of his funding is from the insurance industry as reported by the Center for Responsive Politics. The financial industry is where most of Ryan’s funding has come from with a whopping $1.6 million in support.

One lobbyist who wishes to remain anonymous and is an advocate for the new DOL rule, believes that Paul Ryan is bound to oppose the rule due to his political belief, and said that Ryan, “believes as a matter of policy this is where he should be on this issue,” and that his largest campaign contributors are pushing him to where he would stand anyway. [Source]

For more information on all things relating to pensions and pension reform please feel free to browse our website or contact us at anytime.