Decision Against Davis Bacon Expansion is Celebrated by ABC 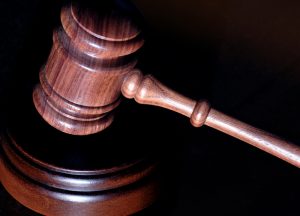 An important decision was made by a U.S. District Court for the District of Columbia that limits the scope of the Davis Bacons Act and because of this, the Associated Builders and Contractors are celebrating. On March 31st, Judge Amy Berman Jackson rejected the DOL’s ruling that the Davis Bacon Act can be expanded to include privately funded projects.

The DOL concluded that CityCenterDC which is a privately funded, occupied and maintained mix use project was a “public work” within the Davis Bacon Act because it presently sits upon a plot of land owned by the District of Columbia, but Judge Jackson rejected that argument.

Judge Jackson, was appointed to the bench by President Obama. She out right disagreed with DOL’s claim that the Davis Bacon Act should apply simply due to the District’s role in planning and overseeing the privately funded project or because the project may incidentally benefit the public. Due to her ruling, the private developers and/or District will save around $20 million in prevailing wage costs.

Associated Builders and Contractors otherwise known as ABC is a national construction industry trade association that represents approximately 21,000 chapter members. They believe that this ruling sets a precedent that DOL cannot over reach into privately funded projects with the Davis Bacon Act.

ABC and its 70 chapters help their members develop people, win work and deliver that work safely, ethically and profitably. They do all this for the betterment of the communities in which their members work.

SEE ALSO:
– Are Military Base Facilities Facing Closure Due to Obama Pay Hikes for Federal Contractors?

– Can Workers Identify Ergonomic Risks with the Help of Training?