Should Contractors Be Required to Cover Employee Lodging? 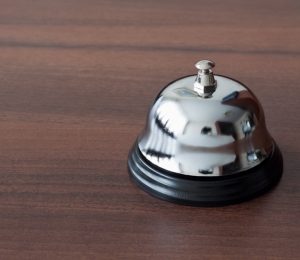 In June of 2015 ARB announced a rule that is an important development for contractors working on Davis-Bacon projects: when contractors use employees who must travel away from their homes and live near the job site, the Davis-Bacon Act requires that contractor pay for their housing. At least that is the case when the employees’ traveling to, and living near, the job site is for the benefit of the employer/contractor. The obligation does not exist if the travel and lodging is mainly for the benefit and convenience of the employees rather than the employer, and either the company regularly furnishes such lodging to all of its employees or such lodging is furnished by other employers in similar business. Additionally, the ARB clarified that, where the lodging is for the benefit of the employer, the employees need to be awarded their actual costs, less any payment specifically made to defray those costs that were not used to otherwise satisfy the Davis-Bacon prevailing wage and benefit obligations.

Among other things, the Davis-Bacon Act forbids contractors to require employees to “kick back” any portion of the prevailing wages and benefits paid to that employee on the Davis-Bacon project. In the case that decided this, DOL took the position that requiring the employees to pay for their lodging expenses near the job site primarily benefitted the employer, and, therefore, its failure to fully reimburse those employees for the lodging costs was a de facto kickback of a portion of their Davis-Bacon wages and benefits.

At the original administrative hearing, the administrative law judge (ALJ) agreed with DOL, but, instead of ordering payment of employees’ full out-of-pocket expenses (less the subsistence allowance), the ALJ created a formula based, among other things, on the lowest price paid for lodging by any employee. In this original case, the employer and DOL appealed the ALJ’s ruling to the ARB.

To avoid the uncertainty and burden of unlimited reimbursement costs but still be compliant, the ARB said, contractors have different options. For example, the company may directly provide reasonable lodging to employees, or it may identify reasonable housing for employees to pay for and be reimbursed.