Are Military Base Facilities Facing Closure Due to Obama Pay Hikes for Federal Contractors? 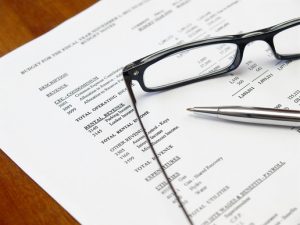 There are three separate Obama administration moves to increase pay of federal contractors that House Republicans are saying will threaten to close services that support military bases such as fast food restaurants, gyms and daycares. They are asking for an exemption from these.

In a letter to Labor Secretary, Thomas Perez on April 10th, 40 lawmakers appealed to him saying increasing worker pay under the Service Contrast Act and President Obama’s order to increase hourly wage for federal contractors in February could result in such closures.

Additional arguments include the fact that business closures could result in fewer jobs for military spouses and family members meaning budget cuts for military facilities.

The pay increase that Obama signed in February mandates an automatic increase from $7.25 to $10.10 for federal contract workers starting January 1, 2015.

Arguments also include the fact that in light of recent spending reduction targeted towards military installations, this is not the best time to reduce support service; let alone the fact it’s not a good time to destroy jobs when Americans need them the most.

Two increases were decided on in June 2013 by the Labor Department:

1) Issuing new pay “determinations” for fast food workers on government contracts, after determining they were receiving substandard wages; and

2) after looking at the issue, deciding those workers were also entitled to the same “fringe benefits” as all workers covered by the Service Contract Act.

They have been given the fringe benefit, now at $3.81 an hour, but the pay increase is subject to re consideration and is being reviewed at the request of the Defense Department.

According to MilitaryTimes.com some closures are already happening. McDonald’s restaurants have already closed on three Navy bases and another is scheduled to close on a Marine Corps base.

Deputy assistant secretary of the Navy for military manpower, Russell Beland, cited in a letter to the Labor Department that approximately 390 fast food operations would close across the country and its territories resulting in nearly 5,750 employees losing their jobs unless exemptions from the wage regulations are made.